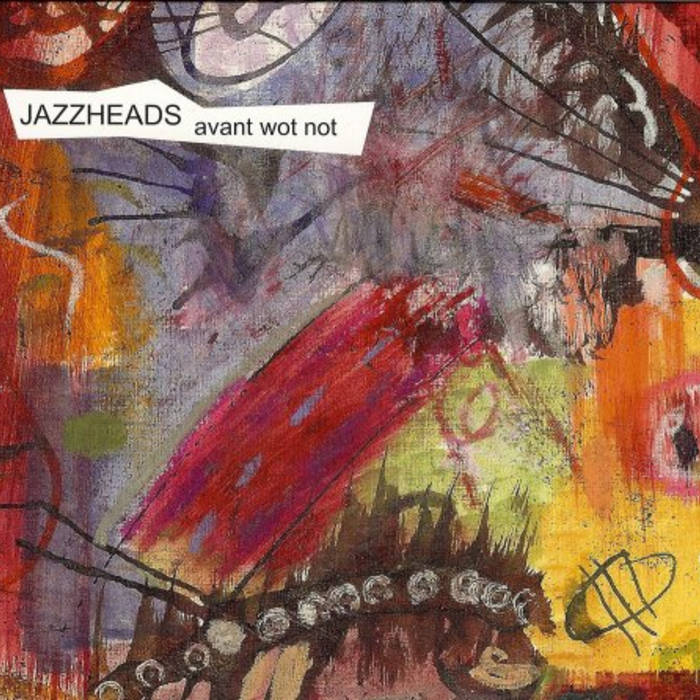 Jazzheads - Avant Wot Not (1k), the first standard-issue CD on Tim Motzer's label 1k. Recorded in December of 1998 and re-released in the fall 2008 to celebrate the bands 10 year anniversary, and with the added promise of some long-overdue live shows. This 10-track effort (made up of super jazz drummer Ari Hoenig, guitarist/composer Tim Motzer, saxophonist Chris Cuzme, and bassist Ben Bocardo) is a nimble, all instrumental excursion into the disparate corners of all that boogies, simmers and swings, from acid jazz to improv, from drum n bass to funk. The playing in dizzyingly fine throughout. But what's most compelling about avant wot not is its unhampered sense of fun, an "up" vibe that carries listeners over some rough compositional patches and murky stylistic transitions.

That giddy quotient should come as no surprise, seeing as Jazzheads were, in essence, born out of a simple love of playing. "Ari Hoenig and myself kind of met through the house band at Silk City," Motzer recalls. "He used to come out and listen every Monday night. One night we started talking, and he said, 'Hey man, you want to come out and play some night?' And I said, 'Sure man, let's do it.' I had a bunch of tunes, we booked some gigs and it just jelled."

"The record is kind of looking back at what has gone down-from the 70's up to this moment in time-and also looking a bit toward the future," says Motzer...back when the jam band scene was in it's infancy. (from an interview from the Philly Weekly.Philadelphia 1999)