by Man From Nowhere 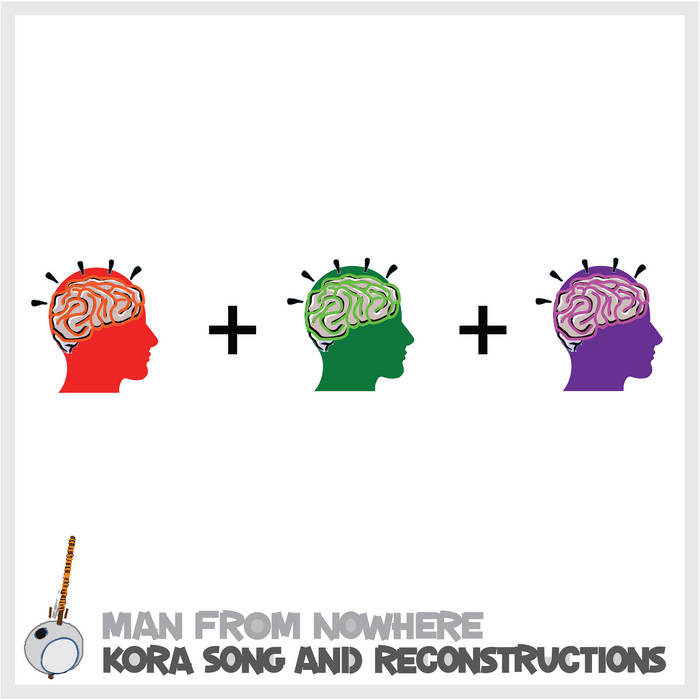 Man From Nowhere recorded improvisations on a kora acquired during a trip to Senegal. 10 tracks were created with this source material. Kora Song stitches together a multiplicity of genres, remix ideology, high-spirited rhythmic mayhem, and sonic fragments creating an exhilarating adventure in sound.


This project began with a multi-track improvisation, Kora Song, with kora (first track recorded), melodica, fender rhodes, wooden flute from chinese department store, cymbal with no stand, small bass drum, and various shakers. Reconstructions were then created using the original audio from Kora Song and in some cases introducing new material. A second source of audio was created with the recording of Duo. Duo was a multi-track improvisation recorded with musician/artist Ben Gerstein. Additional reconstructions were created from Duo.
For more info, including an interactive graphic representation of the making of this recording, visit www.manfromnowhere.com.
credits
released September 6, 2016

kora, balaphon, melodica, fender rhodes, percussion, chinese flute, drum set, all editing, programming, and compositions by doug hirlinger.
except - kora (or was it rhodes?) on duo and trombone sample on duo reconstruction IV (for b-boys & b-girls) by ben gerstein.

for more on the making of this recording visit www.manfromnowhere.com.