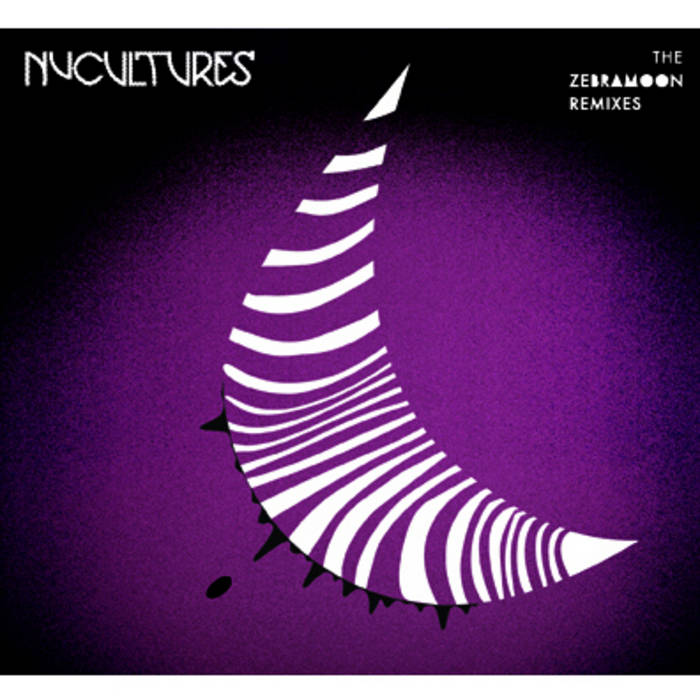 Nucultures 2007 critically acclaimed double album 'Butterflies, Zebras, and Moonbeams' put the band on heavy rotation on college radio, satelitte Radio, National Public Radio, and earned 'Essential album of the Year' from John Diliberto's Echoes Nationally syndicated program. Behind the Moon became a hit with it's listeners and Ellie Perez dreamy voice on "Night is Beautiful" inspired UK's 'Straight No Chaser'magazine to call it a 'masterpiece'.

Now comes Nucultures - the ZebraMoon Remixes---
remixers and producers from around the world were curated by Tim Motzer to make up the 9 stellar tracks on the new album.

Producer/Musician Thomas Hass (the Society) from Copenhagen, Denmark creates a wonderful electro pop song from the ambient original of 'Circles and Lines' turning it into a one of the album's highlights featuring Ellie Perez and the gently plucked cello outlines of Helena Espvall.

All Around You from Pittsburgh's Soy Sos processes the song components through analogue modular synthesizers moving it in to a minimal techno realm.

Tim Motzer (aka Tilomo) reworks two of his former productions in both Find Life Alive turning it into a Deerhoof-esque journey with King Crimson-ish mellotron scoring, and the beautifully wonderous Behind the Moon featuring the stardust piano work of Philadelphia jazz pianist Neil Podgurski.

Losin it is transformed and remodeled into a slowly evolving glitch opera from Philadelphia's Tleilaxu.

Ellie Perez - vocals on: circles and lines, run for cover, find life alive, behind the moon.
Tim Motzer - vocals on: all around you, shadowbox, losin it, and lifeguard