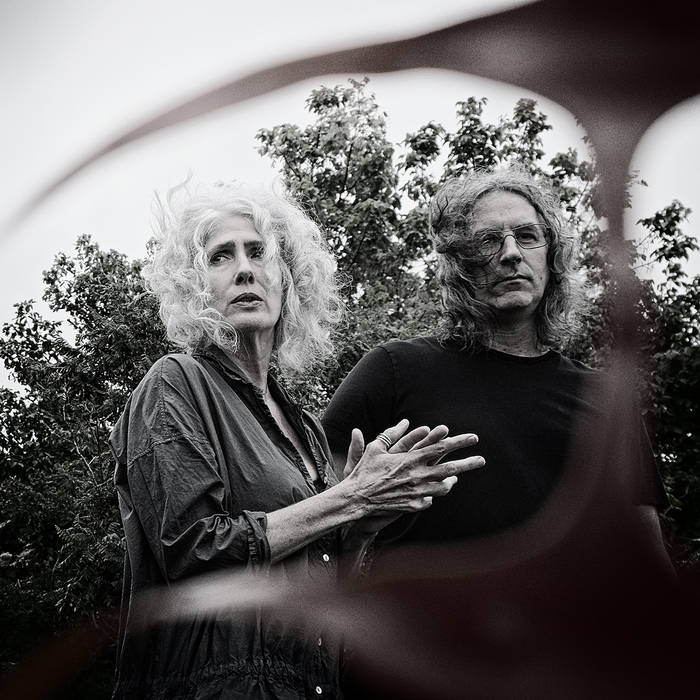 
our first musical encounter was live in front of a toronto audience on a bitterly cold afternoon. half a year later we improvised for five days at 1k studios in the heart of a philadelphia heat wave.

the choice of a key or mode, the parameters of loops, or microphones; it did not take much for one of us to begin and the other to follow. twice—when one voice was not enough—fides added a second improvised line. afterwards percussionist jeremy carlstedt retraced two of our tracks adding shimmer and pulse.

we think of these spontaneous compositions as sonic films—worlds that might have been, worlds that hint at what we’ve lost, worlds in which to disappear.

another place. another time.


Vanishing is the transcendent, cinematic, and utterly beguiling debut album from Toronto avant-garde vocalist Fides Krucker and guitarist Tim Motzer. This duo first improvised together in Toronto in 2017 at the Theatre Centre; seven months later they created an album's worth of material in Philadelphia. The six pieces on Vanishing come off as a book of short stories—vocal stories—conjured through the deeply connected musical conversation between Krucker and Motzer. The artists think of these spontaneous compositions as worlds that might have been, worlds that hint at what we’ve lost, worlds in which to disappear. Sonic films.

Vanishing was released in Canada on March 15th and 16th, 2019 at the Burdock in Toronto with two sold out shows.. This past December their U.S. launch was an intimate, illuminating event at the Areté Gallery in Brooklyn, NY.

The album's first track, Scintilla, unfolds tiny emotional fragments of grief and longing while Ruins uses made-up language to evoke disappeared cultures. Vanishing moves through waves of melancholy, each repetition leaving an inky imprint, brush to paper. In Rime fragile breath traces the most tender of ice formations, vocal cord barely touching vocal cord, eventually opening into a wetland of vibration. Density’s thickening texture broods on the state of the world, gathers weight with each motif, steps the listener outside of civilized sound. For Eema, the final track, Krucker’s improvisation is treated in real-time by Motzer's electronics and loops. Layer by layer, the voice is processed and altered, and the resulting world responded to by Krucker until the initial proposition is no longer recognizable. Throughout Motzer's bowed and prepared guitar creates orchestral densities of sound, subtly nuanced chords, melodic clusters, and even percussion à la guitar body itself, perfectly supporting the voice. The effect of this album is that of “two spirits sailing around each other in dream-like currents" (Bruce Lee Gallanter, Downtown Music Gallery Newsletter, NYC). It will pull you under and, with time, these discreet improvisations promise to open vast worlds of sound to the listener. A universe of voice. A coherence of storytelling.